Zealand (Danish: Sjælland), is the largest (7,031 km²) and most populated island in Denmark with a population just under 2.5 million representing about 45% of the country’s total population of 5 million.

Copenhagen, the capital of Denmark, is located partly on the eastern shore of Zealand. 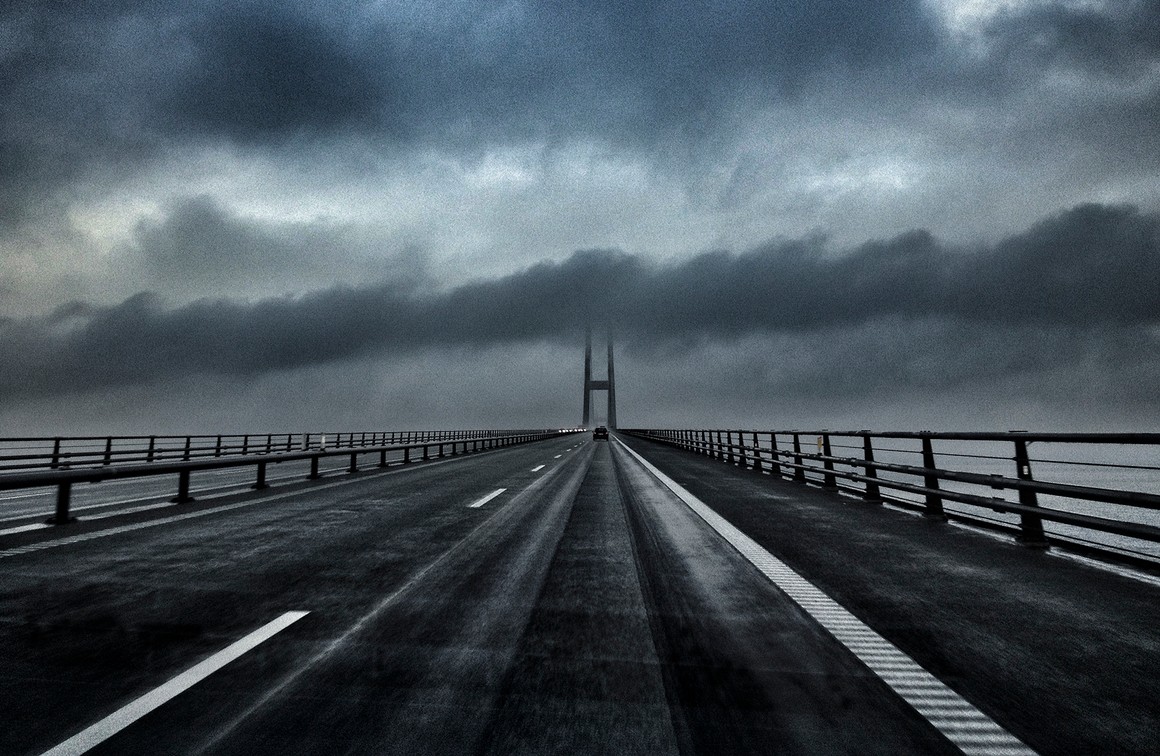 A snow blizzard is lurking in the horizon. Only a few minutes later it sweeps over the Great Belt Bridge (in Danish: Storebæltsbroen). A fixed link between Zealand and island of Funen (in Danish: Fyn) across the Great Belt. It consists of a road suspension bridge and railway tunnel between Zealand and the island Sprogø, as well as a box girder bridge between Sprogø and Funen. The suspension bridge, known as the East Bridge, has the world’s third longest main span (1.6 km), and the longest outside of Asia.